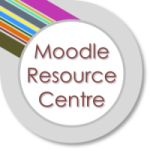 This guide is for Moodle Assignments. If you are using Turnitin, please see our separate guidance.

The UCL Board of Examiners of 26th February 2014 resolved '[t]hat a flexible and simple framework should be drafted which sought to prevent allegations of bias and outlined clear definitions of acceptable standards and good practice in this area...'

Approved at the July 2014 Board of Examiners meeting, the guidance below takes you through the several different anonymous marking scenarios with Moodle Assignments afforded by UCL's Marking Policy.

This guidance is bound to evolve in line with policy, technologies and ideas from departments. You are invited to contact Digi Ed with any questions or suggestions - Digi Ed will amend this guidance accordingly and keep the E-Learning Champions informed of important improvements as they arise.

After considering a range of possible definitions, the Board of Examiners has settled on the following definition of anonymous marking on Moodle, Turnitin or other online environment: student names are absent from their submissions at the point of marking.

Instead of their name, students are instructed to use a unique proxy identifier.

There is no expectation that student work remains permanently anonymous to a marker after they have finished marking.

What proxy identifier should be used instead of the student name?

Why is a proxy identifier needed at all? Because staff, sometimes working offline with downloaded files, need a robust, convenient way to refer to any given student, reconcile their markings with those of other markers, and update the student's record in the absence of a name.

Until a technical solution becomes available, students should be instructed to include this proxy identifier in both the title and file name of their submission.

The recommended proxy identifier is the Candidate Number. The Student Record Number (SRN) may be used instead, if preferred.

The proxy identifier isn't generated automatically, so students need be instructed to title their submission and file name so as to include it.

Where? First and second marking can take place either online or offline. First marking online may make things easier for two reasons - feedback will be ready for release to students, and the Second Marker will be able to log in directly rather than having to cross-reference between emailed or shared files and Moodle.

Feedback. If the submitted work is in PDF format markers can directly annotated online; if more than one marker is doing this then each needs to distinguish between different markers' notes by typing initials (e.g. M1 or M2) into their own comments i.e. to fulfill record-keeping requirements. However, if First Marker feedback is the only feedback students are expected to see, then the Second Marker needs to make their comments outside Moodle - bulk-downloading the inbox along with a Grading Worksheet is a good way. If the submitted work is word-processed or other file format, it can be bulk-downloaded for annotation using e.g. MSWord Comments, and bulk-uploaded as feedback files (caveat - only one marker should carry out a bulk-upload. The reason is that a second upload would overwrite the first because the file names are necessarily identical).

Grades. It may best fulfill record-keeping requirements to use the Moodle Assignment's Grading Worksheet which can be downloaded and completed by the first marker and passed to the second marker, who may complete their own separate Grading Worksheet. These can be compared when the time comes to reconcile the grades, and a single finalised version uploaded to Moodle. Alternatively, this process can be carried out online directly in the Moodle Grader, but be aware that when the feedback is released students will see all marks or comments there, so it may need to be tidied, which poses obstacles to record keeping for the examinations board, external examiners &tc.

Records may take the form of the Grading Worksheet, feedback comments on Moodle, and files of annotated student work (separate for First and Second Marker).

As above, but with a sample defined by local policy.

To obtain the sample, the Moodle Assignment inbox can be sorted by grade to easily find Firsts, Fails and borderlines and access the submissions.This may be the most convenient approach.

If an offline Grading Worksheet has been used, this can also be sorted using e.g. MSExcel, but finding the corresponding students' work may be less convenient since the proxy identifier on the worksheet and in the filename of the submission is a longish number.

This allows a quick return of feedback to students.

Students should be made aware that the First Marker's marks are provisional and therefore subject to change.

Feedback can be returned to students bulk-uploading the marked submissions, and the completed Grading Worksheet.

First marking can take place in Moodle, while second marking takes place outside Moodle. Before first marking marking begins, the Second Marker bulk-downloads the inbox and identifies the sample (either by eye or by carefully filtering the data in the Grading Worksheet) according to the agreed policy.

First and Second Markers reconcile the marks and keep records of both sets of marks and feedback.

First marking can take place in Moodle, while second marking takes place outside Moodle. Before first marking marking begins, the Second Marker bulk-downloads the inbox of submissions along with a Grading Worksheet.

After first marking - which may take place on Moodle - is complete, this feedback is released to students. Students should be made aware that the First Marker's marks are provisional and therefore subject to change.

Meanwhile second marking is carried out. First and second markers reconcile the marks. If students are to receive second marker comments, these need to be uploaded individually as separate feedback files (i.e. they cannot be bulk-uploaded since the original filename acts as a unique identifier, required to match files with students, and so risks overwriting First Marker feedback which may have been bulk uploaded.

If first marking is completed in Moodle, then before the marks are released to students (i.e. while student anonymity is still in place), moderation or checking is carried out.

As above, but filter the inbox by grade to find the sample you need.

First marking is completed on a bulk-downloaded inbox, which allows a still-anonymous marked work to be passed to checkers or moderators outside Moodle. Meanwhile it can be bulk-uploaded for students to access their marks and feedback on Moodle.

External examining after marks have been released

This is the usual situation. Students need to remain anonymous, and marking and how marks are arrived at must be documented and transparent for external examiners (as well as examination boards, students, and, if necessary, grievance panels).

So External Examiners can be given the marked submissions and completed Grading Worksheet. Note that this isn't - can't be - downloaded from Moodle, but already exists with the marker(s). It's probably a good idea to work out a departmental system - perhaps a shared network drive since this will be both secure and backed up - for keeping these.

See our Questions and Answers for anonymous marking on Turnitin since there is considerable overlap between Turnitin and Moodle with respect to the questions.

Don't word-processed documents include the author names in the properties?

Microsoft documents may include personal or hidden data. Of necessity, the responsibility to provide an anonymised document must fall to each student - see Microsoft's guidance on removing personal or hidden data in documents. But the short answer is, anonymity means students names are removed from the script at the point of marking. The personal data isn't blatantly obvious, so if you don't look for it you won't be confronted with it.

Is it possible to hide the grader's name from the student?

This is a new feature of Moodle 3.7 which will be available to staff from the 29th July 2019. In the settings of a Moodle assignment, under Grade you can set Hide grader identity from students to yes to hide the name of the grader to the student. This can avoid student confusion, especially when multiple markers and administrators handle assignment submissions.

Guidance on anonymous marking in Moodle - including second marking, moderating and external examining by the Digital Education team is licensed under a Creative Commons Attribution-ShareAlike 4.0 International License.
Based on a work at https://wiki.ucl.ac.uk/display/MoodleResourceCentre/.

This guide is for Moodle Assignments. If you are using Turnitin, please see our separate guidance.

This information is provided by Digital Education
( https://www.ucl.ac.uk/isd/services/learning-teaching/e-learning-services-for-staff

) and licensed under a Creative Commons Attribution-ShareAlike 4.0 International License