Code lists are used for two purposes when documenting a questionnaire:

For both question answers and grid axis labels, the code list generally consists of multiple categories, each of which is assigned a unique code value. A category is a single answer option within a set of multiple-choice options. Occasionally a code list may consist of a single code value and single category. (Add single category examples) [Link] Code list categories can be just a number. (Add just number Y axis example) A code list can also contain a mix of numbers and text categories.(Add scale example)

Code lists used to create row and column labels for grids are not response domains. Do not tick the response domain box when creating these types of code lists.

Code lists are reusable, therefore when a questionnaire contains multiple questions with the same response choices, or grids with the same row and column labels, only one code list is created and is used repeatedly as a response domain or axis label where appropriate.

Note: For a code list to be reusable, both the code values and category texts must match exactly, including capitalisation and punctuation. So the question responses of ‘1 Yes, 2 No’;  ‘1 Yes, 0 No’; and ‘1 yes, 2 no’ are all different and require separate code list response domains.

Code list labels start with the prefix cs_. The question reference portion of the label is not collapsed.

Note: Exceptionally to the protocol above, the categories of ‘yes’ and ‘no’ are always spelled out when they are contained in a multiple use code list. So for a code list containing ‘Yes, No, Don’t know’ the label would be cs_Yes_No_Dk’.

Code lists for labelling the X (column) and Y (row) axes in grids usually contain a reference to the grid axis the code list creates. For example, for grid question A4 (qc_A4), the label for the Y axis code list would be cs_qA4_Y, and the label for the X axis code list would be cs_qA4_X. The code list labelled cs_dash (containing the single category of '-') is used as the X axis code list for all grids with a single column with no heading label (see Question Grids for more details). When a grid has a corner label, the code list label for either the X or Y axis is the corner label text with the cs_ prefix (see Question Grids for more details). See   How to Construct a label for further guidance.

If a question response contains code values for the categories, these values are used in the code list. The code value may be a letter, number or symbol (*) and the values may or may not be sequential. (Add symbol and non-sequential examples)

If a question does not contain code values for the response domain categories, a numeric code value is entered sequentially for the categories, starting with ‘1’.

Code values for categories that are just a number mirror the number. (reference examples again?)

Code lists for labels for ‘X’ and ‘Y’ axes in grids also require code values. These are assigned sequentially, and are always numeric (starting with ‘1’), even if there are letter designations in the questionnaire for the row or column labels.

There are two types of scale response domain which can be found in questionnaires, those which have discrete points which the respondent can select, and those which are a line which the respondent marks. The former are entered as a code list, the latter are yet to be entered into Archivist. Example 1 below shows a question where a code list is used as the response domain to represent the scale.

Example 1 Questionnaire: NCDS What do you think 1991 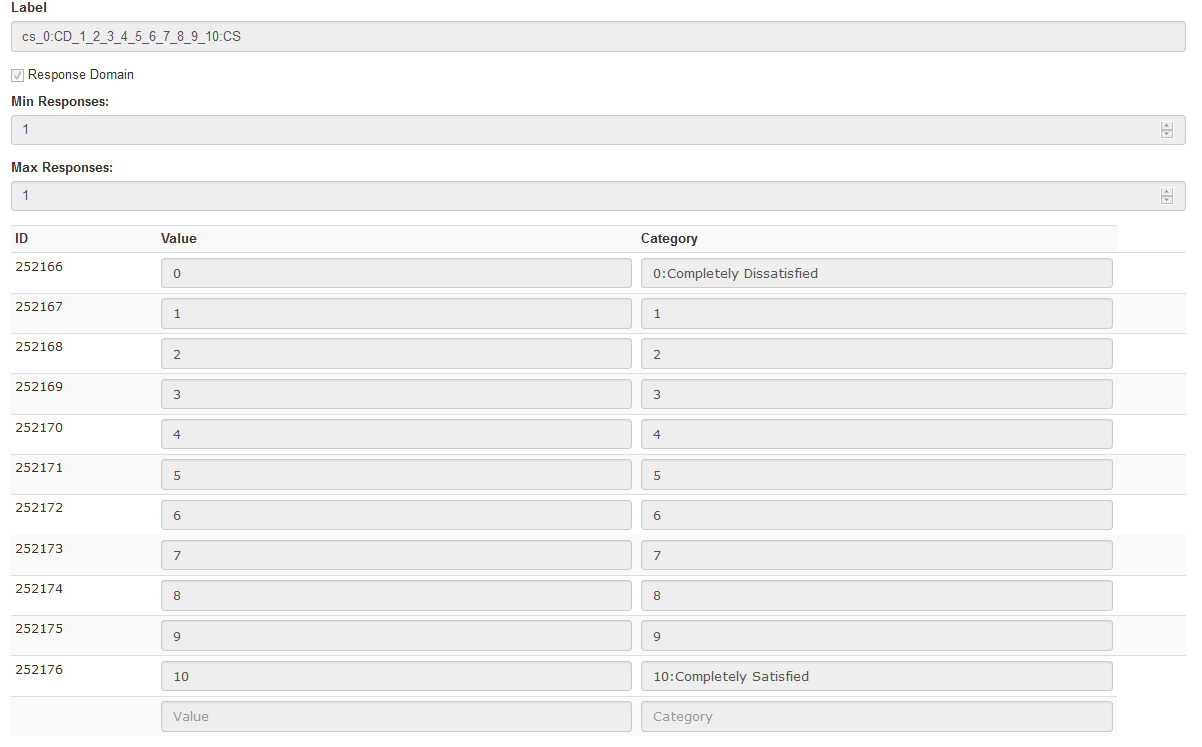 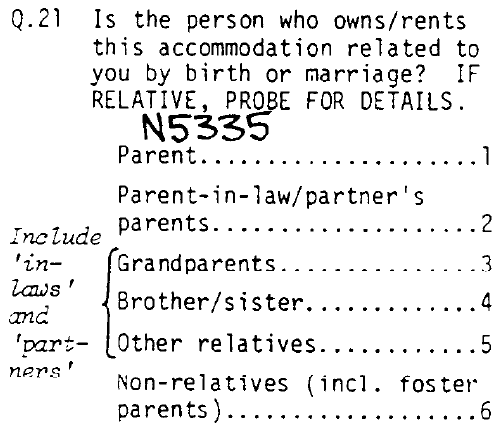 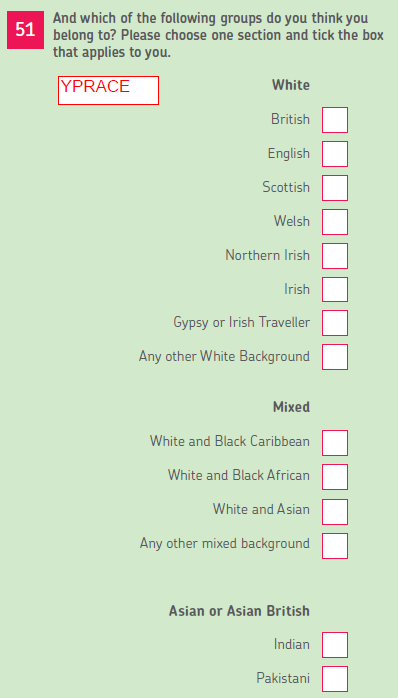 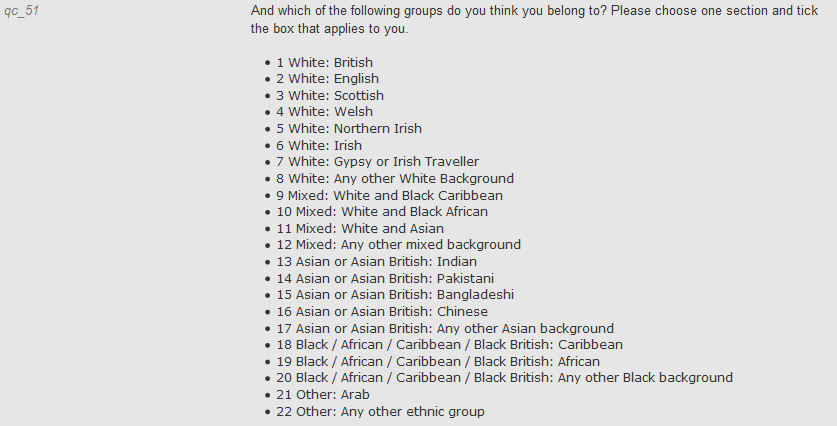