A question grid contains multiple questions with the same response domain answer, along with any instructions and headings. When entering groups of related questions, lists of questions, or tables in Archivist, it can be useful to use a question grid to express the information rather than separate question items. 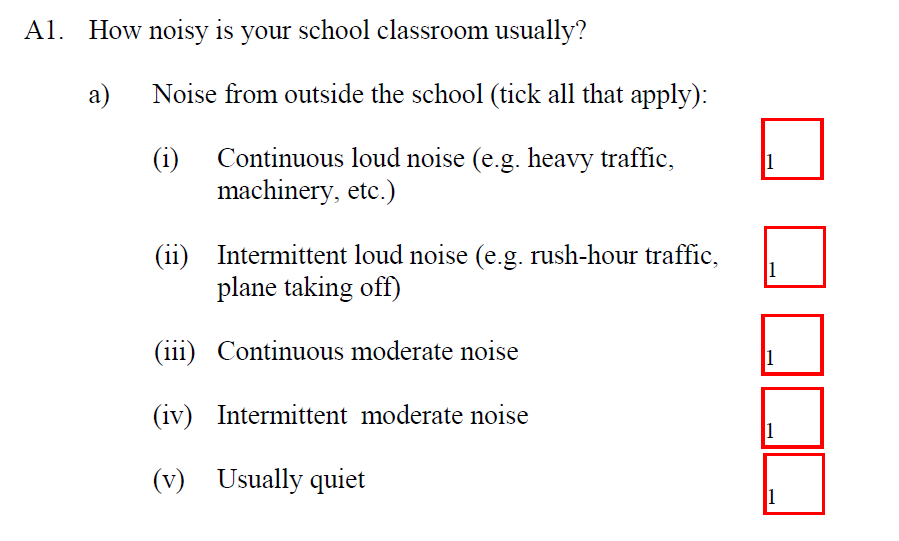 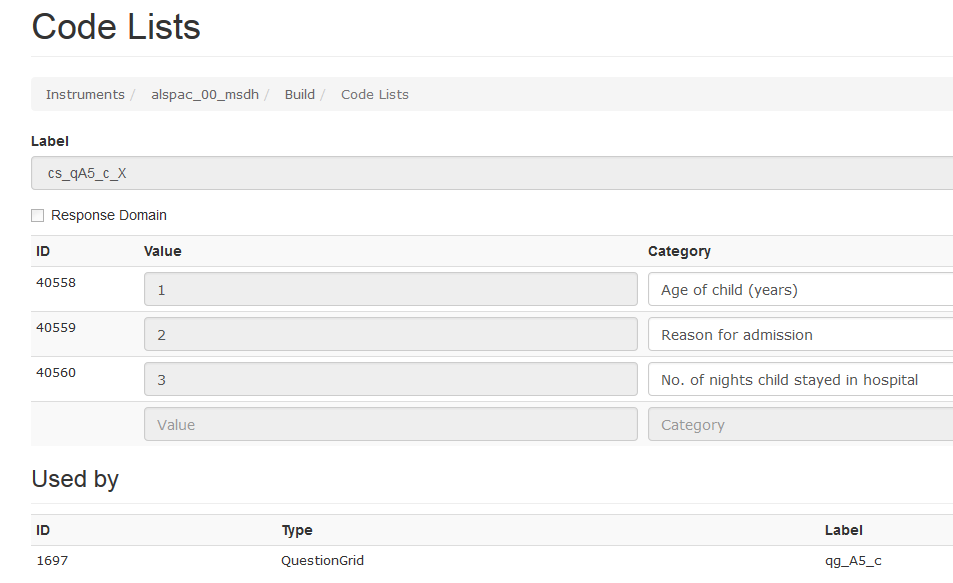 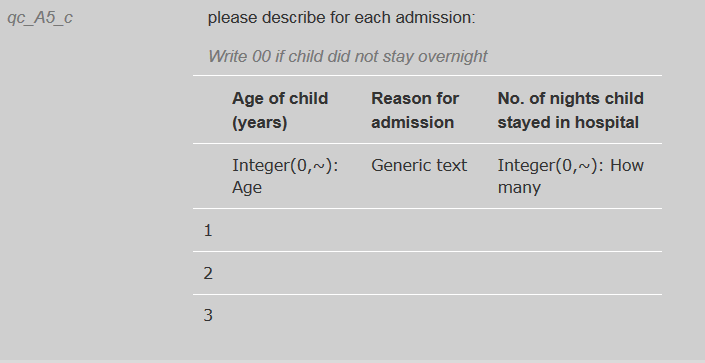 Example 4 shows how a corner label appears in the original questionnaire, and how this is entered in Archivist. Both versions of the corner label are boxed in blue. The example shows the corner label entered as "A4 In the past 12 months:". Note the question number has been entered in addition to the corner text as "In the past 12 months:" is used in several questions throughout the questionnaire. The label must still be unique, therefore a unique identifier is added, which is striped out before being deposited in CLOSER Discovery. A label.txt file is created which contains the label as entered in archivist, followed by the correct sequence name (tab separated). 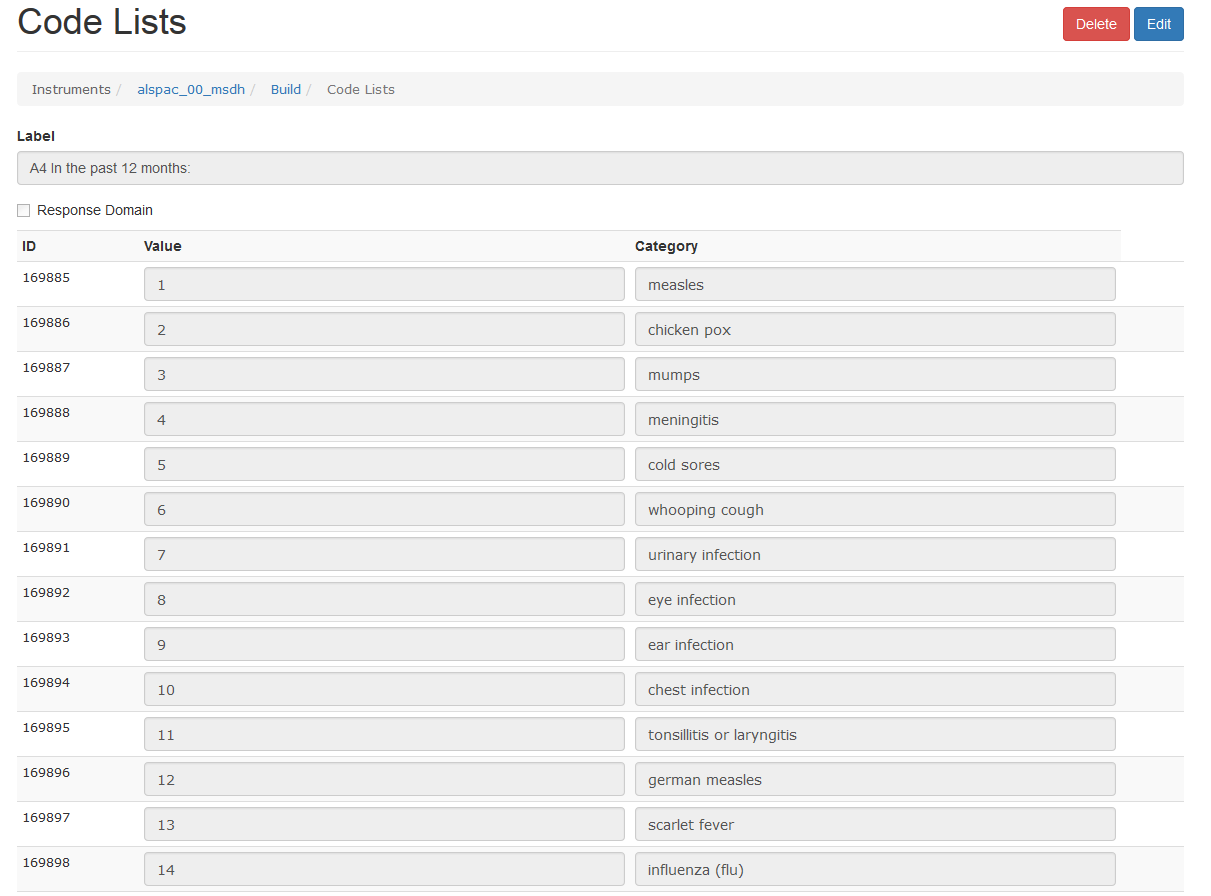 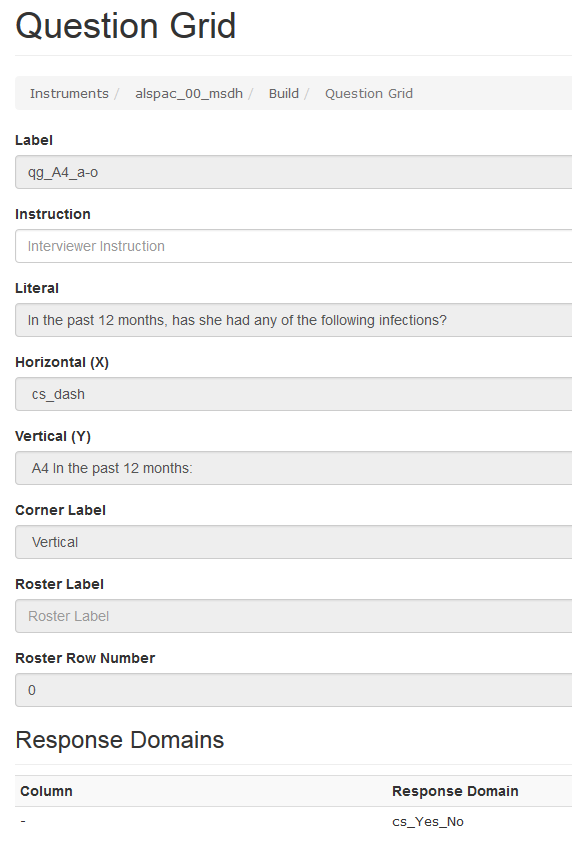 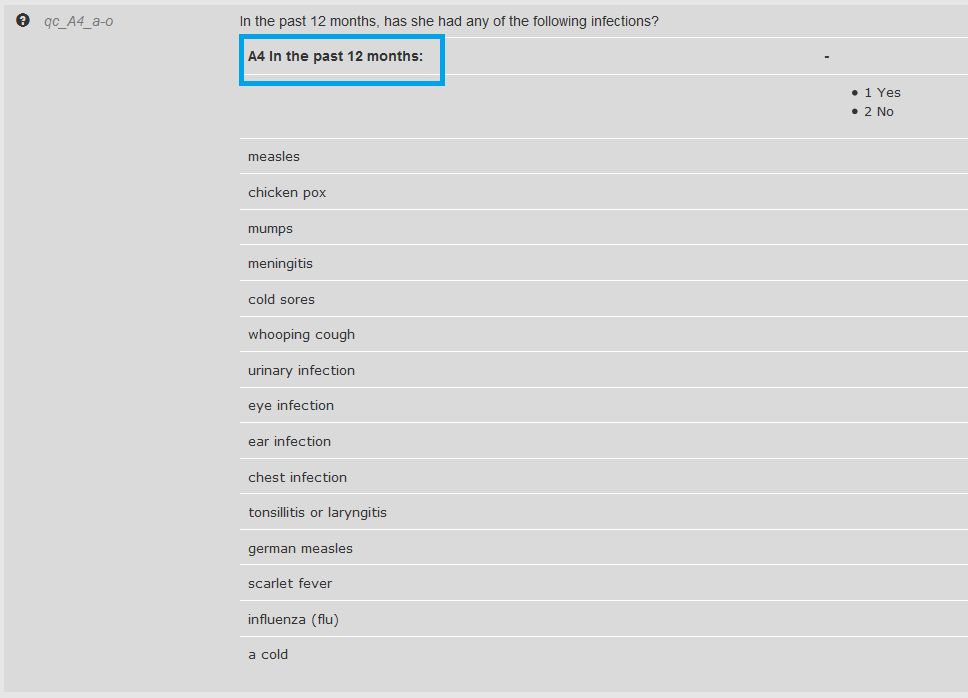 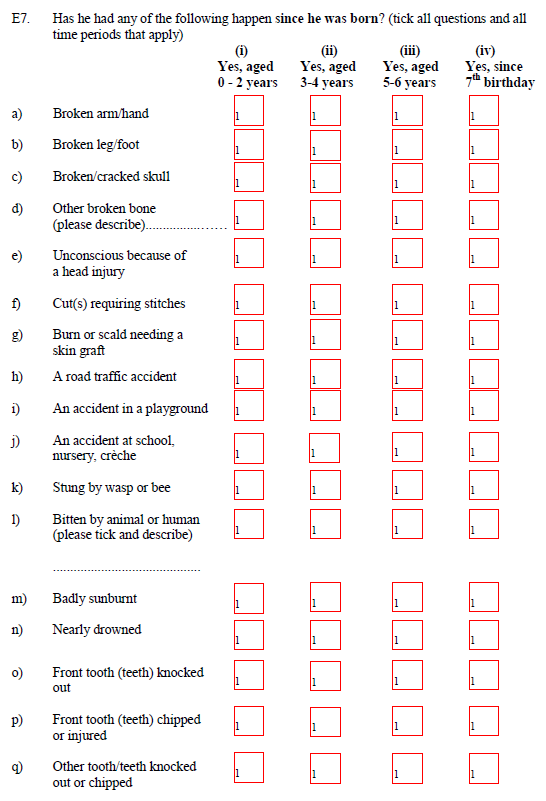