In Archivist a condition is made up of the label, condition text, condition logic and it has a positional element. The condition gets named after the question that the condition depends on. This is usually the preceding question. The label should be in the format c_q[questionref], for example c_q18. See Construct a Label for more on how to name conditions. 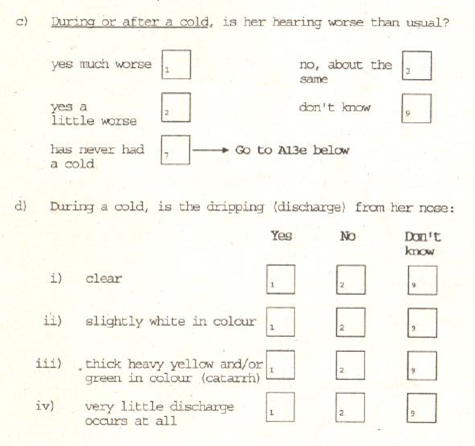 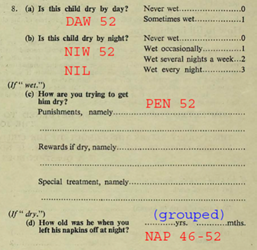 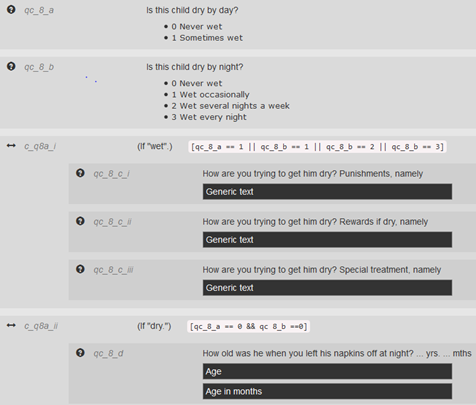 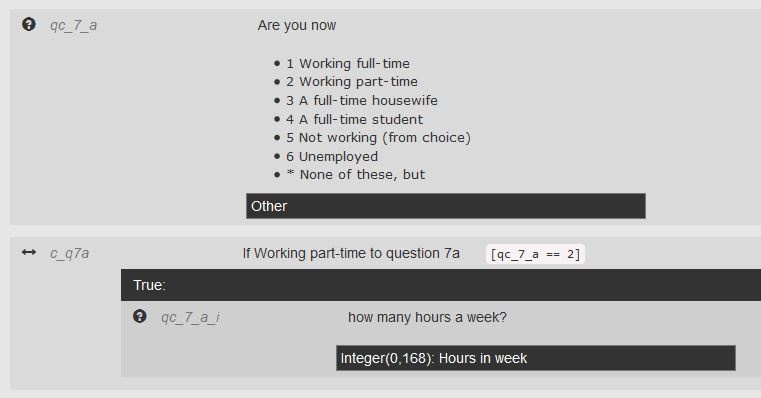 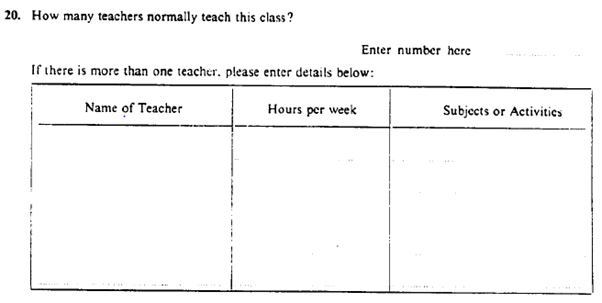 A one column grid is the most common kind of grid structure used and is the simplest to reference in the condition logic. Grid coordinates, $X;Y, are used to specify a cell or multiple cells of a grid. See Table 2. Grid Coordinates for more details. In Example 11 below, you can reference the grid as a whole because the question states that the answer is for any of the sub-questions B2a-s.Implicit in the grid logic is that each cell answer is considered to be an ||, so in this example any of the answers could equal 3 rather than an && which would mean all answers must be 3. 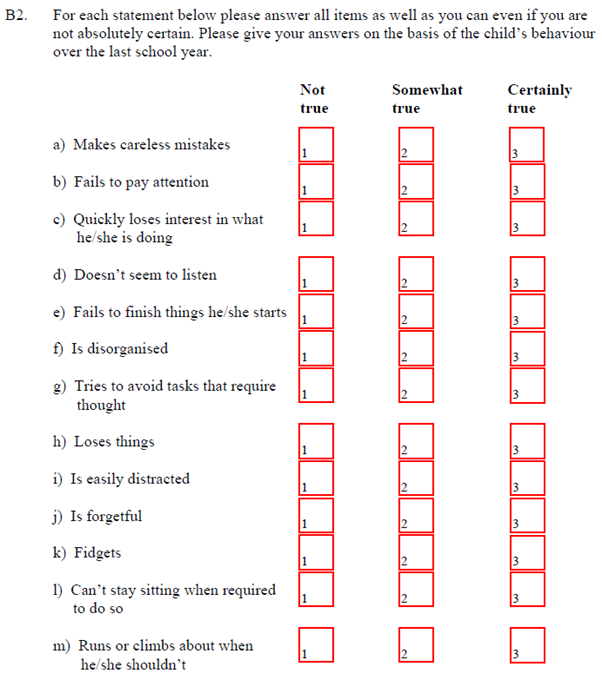 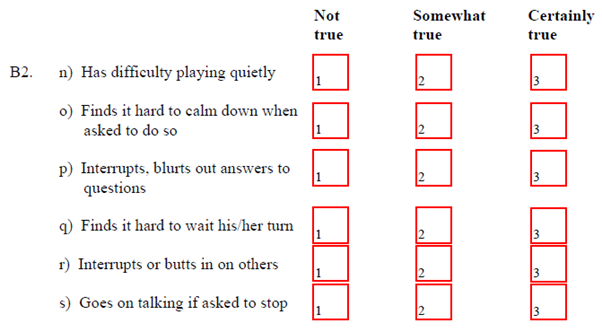 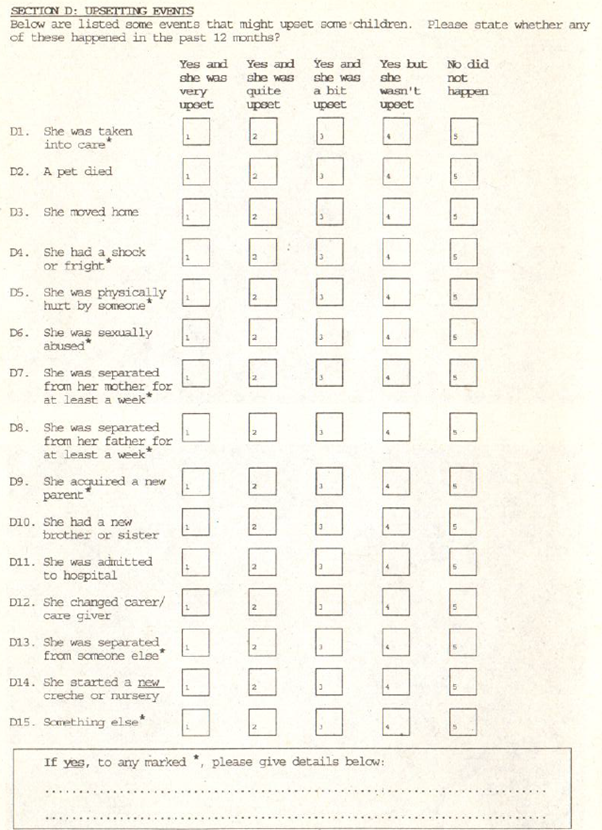 Conditions range in complexity within questionnaires. Sometimes conditions have complex condition logic, for example, when the logic refers to axes in a question grid, as shown in Example 16 below: